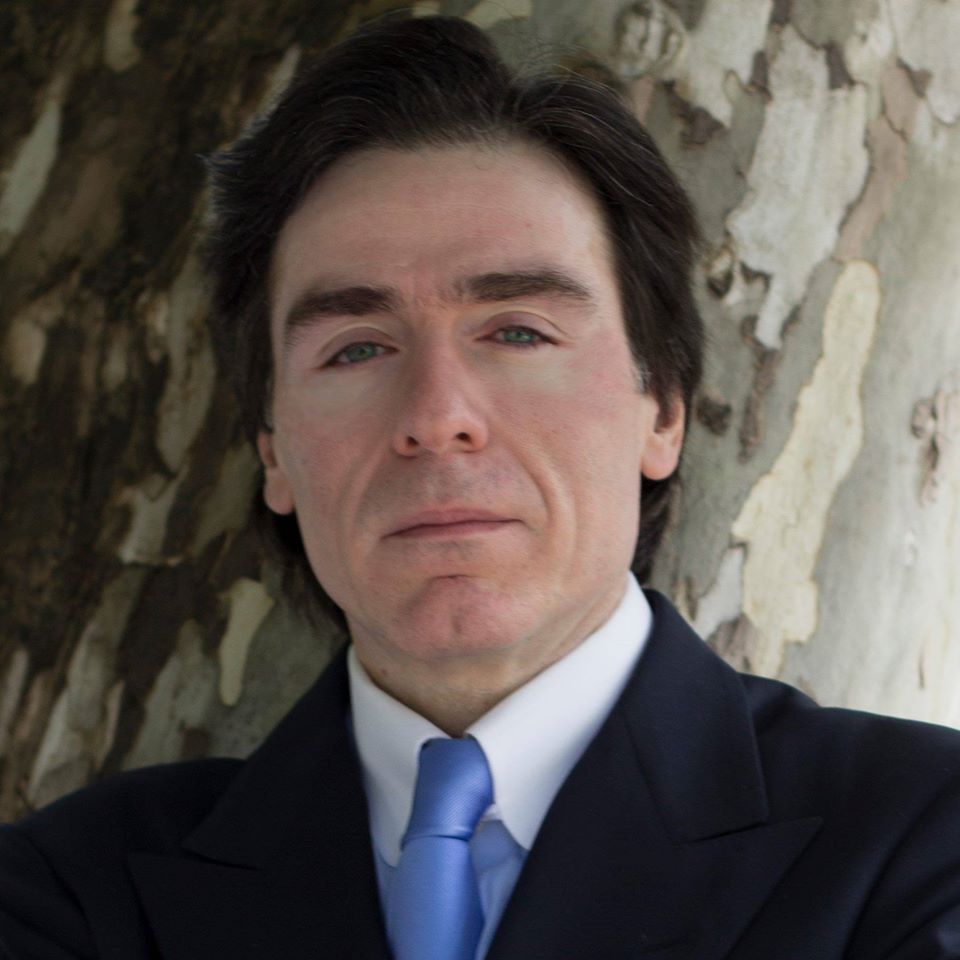 Born in Rio de Janeiro in 1969, Franco-Brazilian conductor, composer and pianist Maximianno Cobra started music lessons at 5. When he was 13, his piano teacher, Maria Jose Repsold, noticing her young pupil’s keen interest for composition, suggested he should study harmony and music analysis. He followed her advice and the course of his musical life veered quite naturally towards conducting and composition.

At 15, Maximianno Cobra met conductor Alceo Bocchino (a former student and friend of Villa-Lobos and collaborator of Hans Swarowsky) who taught him conducting, counterpoint, fugue and composition. He soon became Maestro Bocchino’s assistant and honed his skills for the next three years, working with various Brazilian orchestras and opera houses.

In 1989, Maximianno Cobra made his Rio de Janeiro debut at the head of the Brazilian Philharmonic Orchestra. The all-Beethoven programme - Egmont Overture, 5th piano concerto (“Emperor”) and 5th symphony - featured pianist Nelson Freire as a soloist. In the aftermath of this hugely successful concert, Maximianno Cobra was appointed music director of the Brazilian Philharmonic Orchestra, a position he held for five years. He was also invited to coach several opera workshops, focusing on training young professional opera singers for the stage.

All along his formative years, Maximianno Cobra had attended theater and philosophy master-classes, two disciplines he considers to be his “second nature”. The works of Spinoza, Nietzsche and Deleuze forged his philosophical and political conscience. Discovering Shakespeare was - in his own words - “an existential upheaval”. As his knowledge of theater deepened, so grew his interest in Konstantin Stanislavsky’s Acting Method, a defining element in his own quest for artistic identity, with a decisive influence on his musical and theater activities, especially conducting and stage directing.

In 1990, a grant enables him to further his studies in Europe, at the Vienna Hochschule für Musik und darstellende Kunst. In spite of the distance, he still keeps strong professional ties to his native land where, at the invitation of Maestro Eleazar de Carvalho, he conducts the Sao Paulo State Symphony and the Brazilian Symphony Orchestra. He is also the producer and audio-visual director of a concert series for TVE (Brazil’s Ministry of Culture’s public television channel - TV Brazil) featuring the Brazilian Philharmonic and the Brazilian Symphony Orchestra, under his direction. He made his European debut in 1992 in Paris, at Salle Pleyel, with Orchestre Lamoureux.

In 1993, Maximianno Cobra toured France with the Hungarian State Opera and the Budapest Philharmonic, performing Beethoven’s Fidelio and the complete Brahms symphonies. This first collaboration influenced the course of his professional life: over the next ten years, his schedule included regular guest-conducting appearances in the Hungarian capital. In 1999, the label HODIE-Tempus Collection entrusted him with the destiny of Europa Philharmonia, a newly-founded ensemble bringing together Europe's elite orchestra musicians for studio recording projects using the latest media technology. Maximianno Cobra has already conducted, produced and directed more than thirty recordings for HODIE-TEMPUS, including a Best-Seller DVD-VIDEO of Beethoven’s Ninth Symphony.

In parallel, Maximianno Cobra completed a Ph.D. in musicology and music history under the supervision of Professor Serge GUT, graduating in 1999 from Paris-Sorbonne/Paris IV University. His dissertation: Les Symphonies de Ludwig van Beethoven : une etude analytique, critique et historique en vue d’une nouvelle edition followed up on Prof. Willem Retze Talsma’s research and focused on the issues of Beethoven’s tempi and metronome markings. This in-depth study marks another decisive turn: from then on he’ll dedicate himself to the TEMPUS theory.

A respected musicologist, he was appointed supervisor at the Mozart Center at the invitation of Philippe Autexier and responsible of the French Beethoven research institute Centre d’Etudes Beethoveniennes de France. More recently, he was appointed supervisor and head of the scientific committee of Les Neuf S?urs research group whose aim is to safeguard, study and diffuse artistic works in relationship with various philosophical disciplines and humanistic movements.

The present: "Horizontality and horizons - notes, letters and symbols..."

Maximianno Cobra is living in Italy Florence since 2011. He’s now dedicating himself to composition and, as a conductor, to the development and diffusion of the TEMPUS theory. In parallel to his musical activities, he writes for the stage and the screen (scenarios, adaptations...) as well as philosophical essays on aesthetics and art and political articles.

While he continued to tour Europe conducting the Europa Philharmonia, Maximianno further developed his directing on stage, especially his passion for Shakespeare, bringing to life productions of "Richard III", "the Picture of Dorian Gray" and "Macbeth".  During this time Maximianno also earned his Ph.D in Musicology and Music History from Paris-Sorbonne University; culminating in being appointed Artistic Director of the Shakespeare Network Audiovisual Project.  Under his leadership they focused on stage performances, audiobooks, documentaries and films; and for his achievements with the company Maximianno was awarded seven ICA awards and five IAG Recording Award.

In 2011 he directed the TV series "the Mahler - Klimt Project, A Gustav Mahler Centennial Celebration", followed in 2012 with directing the short film "Sense: A Small Tribute to Federico Fellini". At long last Maximianno was able to honour not just one of cinema's greatest directors, but someone who had influenced his own passion in film-making from such an early age.  "Maestro Fellini, like any other master, understood 'a little more' about the meaning of life than anyone of us."

In 2017 Maximianno entered pre-production for "Misanthropos", bringing to fruition over a decade worth of dedication to adapting Shakespeare's "Timon of Athens". After more than a year of auditions (personally casting each actor), gathering crew, being heavily involved in stage design and the music score, as well as two years of rehearsals, Maximianno is filming in the UK and Europe until fall 2021.

Biography by Katarzyna LE FE, based on an October 2007 interview with Maximianno Cobra.